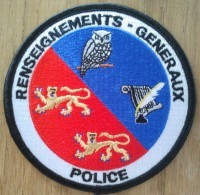 The News & Record of Greensboro reports 24-year-old Jason Jerome Cobb is charged with two counts of trafficking heroin and one count of possession with intent to manufacture, sell or deliver a controlled substance.

An arrest report says Cobb was arrested Sunday morning after a traffic stop.

Cobb is the latest suspect to be arrested on heroin trafficking charges in High Point. Earlier this month, several area agencies, led by High Point police and the State Bureau of Investigation, arrested 15 people on heroin-related charges and seized more than 15 pounds of the drug.

GREAT BAY—Four kilos of cocaine were confiscated by Customs officials at the Princess Juliana International Airport today during what customs officials describe as a routine control.
http://bit.ly/1wxcvzC

If we allow our imaginations to drift forward a few years it’s possible to envision a time when the health benefits of pure, natural Coca Leaf are so widely understood that there will be strong voices calling for this natural medicine to be legalized just like Medical Cannabis is today.

One source of opposition that will have to be dealt with in the case of legal Coca Leaf that isn’t present with legal Medical Cannabis is an 8000# Gorilla named the Coca Cola Company. (With my apologies for the analogy to all Gorillas everywhere.)

You see, this clan of billionaire hucksters believe that they own the word “Coca” when it comes to naming beverages and a wide range of other types of products, and they have literally an army of lawyers and (no doubt) heavily bribed government officials to help them enforce their grip on the concept.

31-year-old April Rollison had hidden the illicit drug inside her vagina before being arrested on drug charges.

According to reports, April Rollison was arrested on drug charges on December 16. Upon arriving at the police station and undergoing a body scan, officers noticed that two items were lodged inside of the woman’s vagina.

However, while in a hospital to have the object removed, the deceased allegedly took out the drugs herself and ingested them.

Rollison, who had been a drug user for nearly 20 years, according to her family, died Monday. The cause of death is not known but an autopsy will be performed.

She tested positive for methamphetamine, cocaine and marijuana, the sheriff’s office said.

Investigators later found traces of cocaine on the hospital floor.

Cape Town – An infamous South African, linked to some of the most shady scandals of this century, has emerged at the centre of a US transcontinental sting operation that netted an alleged drug cartel assassin.

Paul Calder le Roux shopped former American Special Forces-trained sniper Joseph Hunter, who was arrested in Thailand in an operation spearheaded by agents from the US Drug Enforcement Agency (DEA).

Hunter, known as Rambo, was nabbed after he was secretly taped agreeing on behalf of a group of mercenaries to assassinate a DEA informer in return for $800 000 (R9.3 million).

News of the DEA operation only surfaced last weekend in a report by the New York Times, although Hunter was arrested and taken to the US last year.

He is facing charges in connection with running a hit squad.

Dramatic as the Hunter arrest may have been, it appears to be little more than the tip of an iceberg of spy world intrigue.

According to the New York Times and DEA sources, Hunter was sold out by his former employer, Le Roux (by this time Le Roux had dropped the middle name), as part of a top secret deal with the US authorities.

Le Roux, 42, is registered as both an Australian and South African citizen, owns property in Krugersdorp, and is a director of a South African-registered company.

He came to the attention of international intelligence agencies in 2007 when he was named in a UN Somalia and Eritrea Monitoring Group (SEMG) report as sponsoring a local breakaway militia, some 200 strong, and fitting them out with illegally sourced military materiel.

In the territory controlled by his militia, Le Roux apparently constructed hi-tech greenhouses in which he allegedly planned to grow industrial quantities of opium poppy, which would be utilised to manufacture heroin for the international market.

He discreetly disappeared on the publication of the SEMG report, coming to light again operating companies in Manila in the Philippines and allegedly involved in illegal arms and the international trade in narcotics, according to US authorities.

He may also have been connected to two hits in the Philippines about which Hunter boasted in the taped negotiations around the planned hit on the DEA agent which led to his arrest.

Le Roux was secretly taken into custody by the DEA after being arrested in Liberia in 2012 in a sting in connection with a prescription painkiller scam that he allegedly masterminded.

He was then apparently turned, and is estimated to have provided information leading to the arrests of at least 11 people.

“Le Roux is a bad guy, a very bad guy,” a DEA agent is quoted in the New York Times as saying, speaking on condition of anonymity because, he said, Le Roux’s co-operation had been a secret.

“He’s Viktor Bout (the Russian illegal arms trader dubbed the Merchant of Death and currently in prison in the US) on steroids.”

Le Roux previously made news when it became known he had transferred about $12m (R139m) into the account of Ari Ben-Manashe, a former Israeli gun-runner who was linked to Zimbabwe president Robert Mugabe.

This was allegedly intended for Manashe’s company to lobby support in the US for a land reform plan that would have seen Le Roux securing 99-year leaseholds on Zimbabwean farms – to huge personal profit.

But it emerged that Manashe had testified in 2002 that Zimbabwe’s Movement for Democratic Change leader, Morgan Tsvangirai, was involved in a plot to assassinate Mugabe. This claimed assassination was later discredited.

According to intelligence reports in the possession of Independent Newspapers, Le Roux was implicated in plans hatched in 2010/11 in Zimbabwe to set up a protection unit for then-Libyan leader Muammar Gaddafi – aimed at accessing billions in gold bars held in secret Libyan stashes. – Weekend Argus